Would you like to switch to the accessible version of this site?

Don't need the accessible version of this site?

Article #2: The Costs of Being a Perfectionist 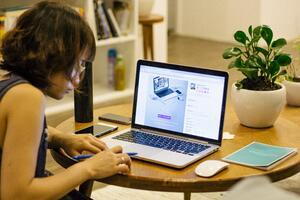 Perfectionism always costs more than the benefits it might provide.  It can result in being paralyzed with fear and becoming so rigid that a person is difficult to relate to.  It can produce contradictory styles, from being highly productive to being completely unproductive.  Some examples of these costs include the following:

Low self-esteem.  Just as low self-esteem is a cause of perfectionist behavior, it is also a result.  Because a perfectionist never feels good enough about himself or his personal performance, he usually feels like a loser or a failure.

Gloominess.   Since a perfectionist is convinced that it will be next to impossible to achieve most goals, she can easily develop a negative attitude.

Depression.  Perfectionists often feel discouraged and depressed because they are driven to be perfect but know that it is impossible to reach the ideal.

Guilt.  Perfections never think they handle things well.  They often feel a sense of shame and guilt as a result.

Rigidity.  Since perfectionists need to have everything meet an ideal, they tend to become inflexible and lack spontaneity.

Paralysis.  Since most perfectionists have an intense fear of failure, they sometimes become immobilized and stagnant.  Writers who suffer from writer’s block are examples of the perfectionist’s paralysis.

Obsessive behavior.  When a person needs a certain order or structure in his life, he may become overly focused on details and rules.

Compulsive behavior.  A perfectionist who feels like a failure or loser may medicate him- or herself with alcohol, drugs, food, shopping, sex, gambling, or other high risk behaviors.

We look forward to hearing from you